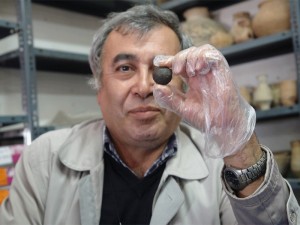 The world’s earliest prosthetic eye was worn by an ancient Persian priestess. The female soothsayer stood 6′ (1.82m) tall, and the mesmerizing effects of the golden eyeball would have convinced those who saw it that she could see into the future. “It must have glittered spectacularly, conferring on the woman a mysterious and supernatural gaze,” said leader of the Italian team Lorenzo Costantini, adding, “She must have been a very striking and exotic figure.”

The priestess lived 5,000 years ago in what is now Iran, where her skeleton was unearthed in 2006 by Iranian and Italian archaeologists excavating an ancient necropolis at Shahr-i-Sokhta [“Burnt City”] in the Sistan desert. The eyeball was made of a lightweight material thought to be derived from bitumen paste and later determined to consist of a mixture of natural tar and animal fat. Lines had been engraved radiating from the iris and gold that had been applied in a thin layer over the surface. A tiny hole had been drilled on each side of the half-sphere, which had a diameter of just over 1″ (2.5cm), so that it could be held in place with thread. Microscopic examination confirmed that the artificial eye had been worn during life: the socket had an imprint from prolonged contact and marks from the thread. Further analysis suggested that the woman may have had an abscess on her eyelid because of long-term contact with the golden eyeball.

Mansour Sajjadi (pictured), leader of the Iranian team, stated that the skeleton was that of a woman, aged between 25 and 30, whose cause of death could not be determined. She had lived between 2900 and 2800 B.C. and her facial characteristics (see video about facial reconstruction here) differed from the local inhabitants, suggesting that she had migrated from Arabia. “However, considering the usage of tar in the artificial eyeball and proficiency of jewelers of Burnt City during ancient times, what we can say for sure is that the eye was made in this city.” 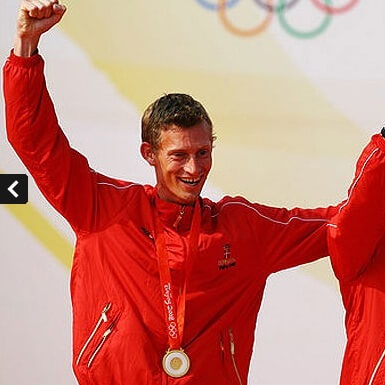