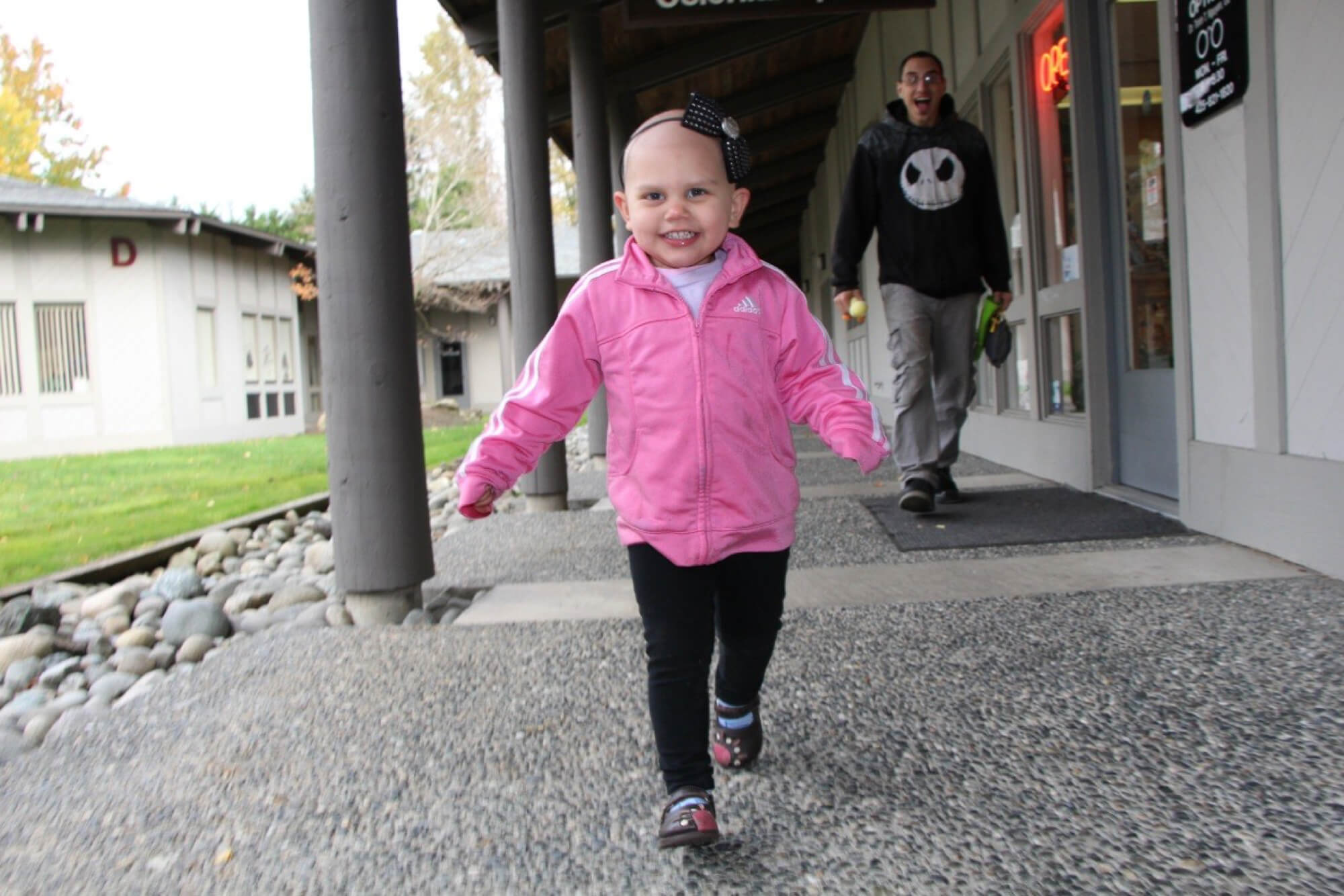 Here is a great article written by the mother of one of our young patients. She is a true inspiration and a model to others for persevering and overcoming obstacles.

Read a snippet of her article here:

Where do I even begin? Juniper had cancer. I have to say it in a matter of fact fashion like that to prevent the overwhelming emotions from bubbling up again or I’ll never get through this showcase story…

It was a Thursday. Juniper was having an awful time sleeping. She was up every hour. She was just wailing in pain & despite our best efforts, nothing was consoling her. Maybe gas? Maybe teething? Maybe those darn two year old molars were trying to peak through? It wouldn’t be until morning until we could get to the drug store for teething tablets to help her sleep. And she slept. She slept through the entire day actually. Normally I can’t shovel food in her beak fast enough – but today she fell asleep face first into her plate. Normally I can’t keep her active big sister quiet enough for her to nap despite being in another room on the other side of the apartment – but today she slept in the same room with her sister poking & proding at her. Normally I can barely keep up with her as she has two speed modes: run & run faster! But today she could barely crawl before giving up & falling back asleep. Maybe exhaustion from the night before? Maybe she was coming down with a stomach bug? I assumed she’d sleep it off & we’d be in for another loooong night that night. And we were. I just didn’t expect it would be in the ER.

Bed time came & Juniper still wouldn’t wake up. Mommy instincts kicked into overdrive & we rushed to the ER. “Lethargic baby” is what we were admitted with. I don’t remember much beyond being terrified Ember (her 4yo rowdy big sister) might of shoved her a little too hard & she was suffering from a concussion. I never thought it’d be the OTHER “C” word. The team sent her back for a CT scan. The wait for results seemed to take forever…

The nurse returned & asked if the doctor had been in to speak with us. He hadn’t & her expression went from concerned to “I-can’t-break-the-news”. She retrieved him & the conversation went something like:

“Well, the CT scan doesn’t show any indication of a concussion. But has anyone ever expressed any concerns about your daughters eyes?”

ICAN Letter for Anophthalmia and Microphthalmia

ICAN Letter for Anophthalmia and Microphthalmia